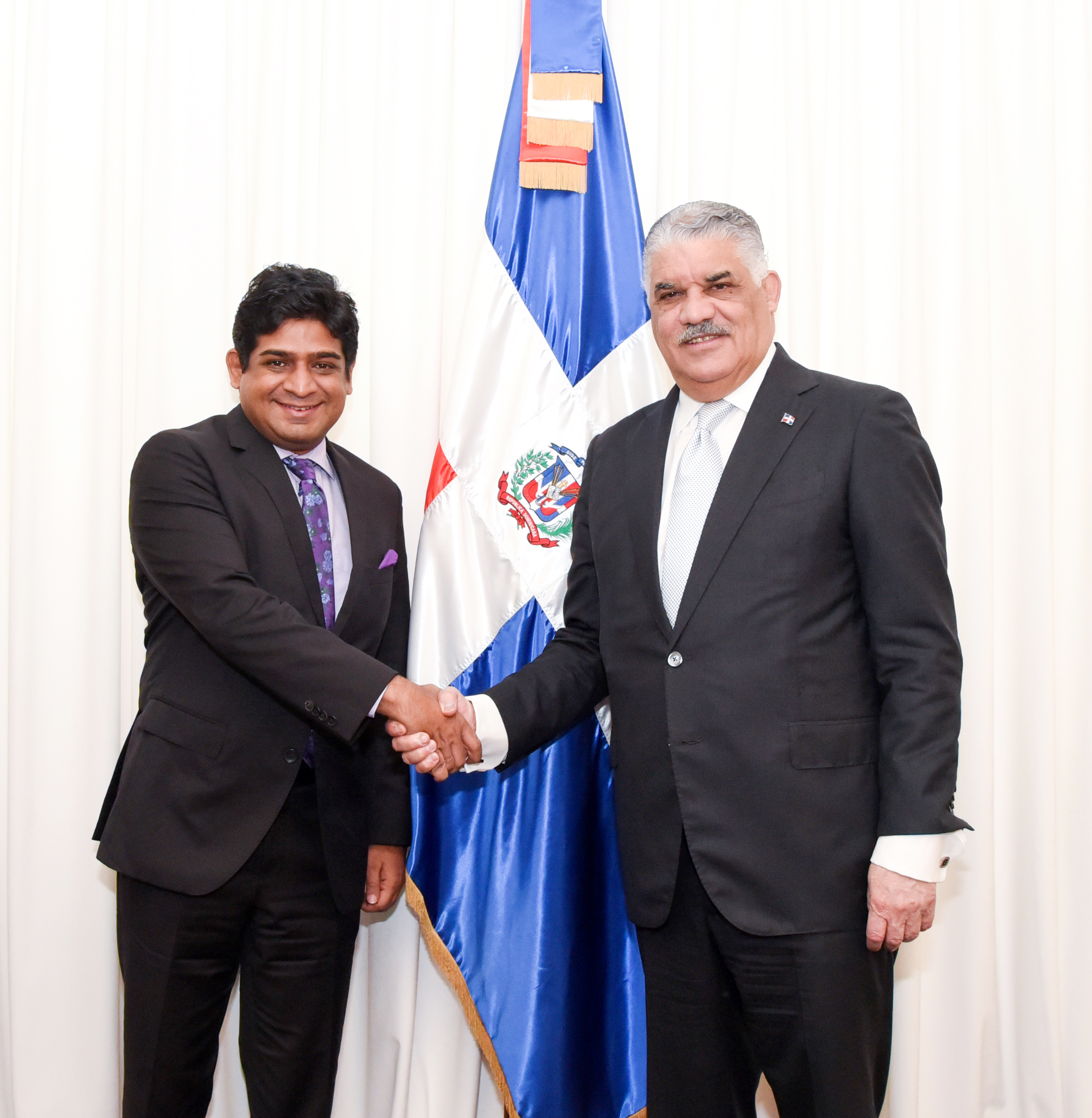 Minister Vargas received the Asian diplomat in his office, and both explored various areas in which the collaboration between the two States could materialize.

Such is the case of tourism and agro-industry. On this last sector, the Dominican Foreign Minister referred to the development of coconut production and industry in Sri Lanka, “from whose experience Dominican producers could benefit.”

Foreign Minister Vargas explained that cybersecurity, trafficking in light weapons and climate change will be some of the issues that the country will take to the UN body.

During the meeting, the Dominican Minister received the unsigned copies of credentials of the Ambassador of Sri Lanka in Cuba, concurrent in the Dominican Republic, Aparekka Liyanagamage Ratnapala.

On the Dominican side, the Vice Ministers of Foreign Affairs Hugo Rivera for Economic Affairs and International Cooperation and Marjorie Espinosa of Consular and Migratory Affairs participated in the meeting.